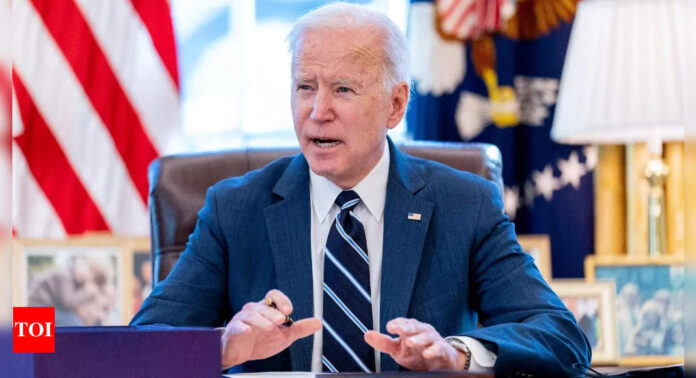 OCEANSIDE, USA – President Joe Biden told supporters Thursday “we are going to liberate Iran” after audience members appeared to call on him to address the ongoing protests that have spread across that country following the death of a young woman in the custody of his security forces.
“Don’t worry, we’re going to liberate Iran,” Biden said in an aside during a campaign rally for Democratic Rep. Mike Levin. He added: “They will be released very soon.”
Biden made the comments as supporters in the crowd held cellphones displaying the message “FREE IRAN.”
The Biden administration has faced mounting criticism from Iranian American activists they are calling on the White House to abandon its efforts to resurrect the Iran nuclear deal because of the protests.
The government announced sanctions last month against Iranian officials for their brutal treatment of protesters following the September attacks. death of Mahsa Amini after his arrest by Iran’s morality police.
The administration also recently hit Iran with sanctions for supplying drones and technical assistance to Russia for its war against ukraine. ordered US military attacks in August against Iranian-backed militias in Syria in response to attacks on US forces in the region.