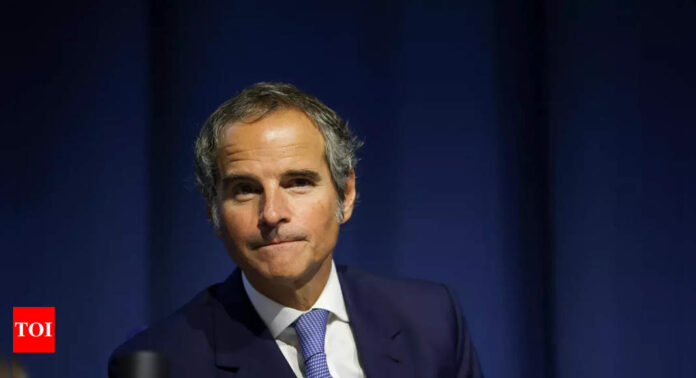 KYIV: Head of the International Atomic Energy Agency (IAEA) Raphael Grossi said Thursday that the UN nuclear watchdog considered the Zaporizhia nuclear power plant is a Ukrainian facility.
Russia captured the plant in southern Ukraine in March, shortly after invading Ukraine, and Russian President Vladimir Putin ordered his government on Wednesday to take control of it.
The plant is the largest in Europe and Ukrainian staff have continued to operate it.
“This is an issue that has to do with international law… we want the war to end immediately, and of course the IAEA’s position is that this facility is a Ukrainian facility.” Grossi told reporters in Kyiv.
He was due to travel to Moscow to meet with Russian officials after his talks in the Ukrainian capital.