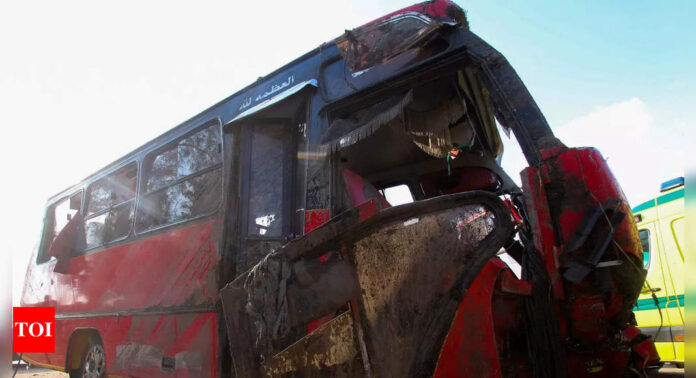 CARIRO: A bus fell into a canal in Egypt Nile River Delta region on Saturday killing at least 21 people, the country Ministry of Health said. Dr. sherif makeenA Health Ministry official said three children were among the dead.
In a statement, the ministry said the accident occurred in Dakahlia province, about 100 kilometers (62 miles) northeast of the capital Cairo. Other injured passengers were transported to a local hospital.
The province’s chief of police investigations, Brig. Mohammed Abdel Hadisaid the driver may have lost control of the vehicle’s steering wheel.
Fatal road accidents claim thousands of lives each year in Egypt, which has a poor record for transportation safety. Crashes and collisions are mainly caused by speeding, poor roads, or poor enforcement of traffic laws.
In July, a passenger bus crashed into a parked tractor-trailer on a road in the southern province of Minya, killing 23 people and injuring 30. In October, a truck crashed into a minibus in Dakahlia, killing at least to 10 people, authorities said. (AP) PY PY